British pilot Peter Edward Raw crashed on 21 March 1944 with his Typhoon fighter plane in the Maasheggen near the Schutkooi in Vortum-Mullem. This cycling route is in his honor. Here in Brabant there is a lot to be found about the war, get off your bike and take a look at the monuments along the way or in the War Museum in Overloon. During the opening hours of the museum, this route takes you right through the museum on your bike! 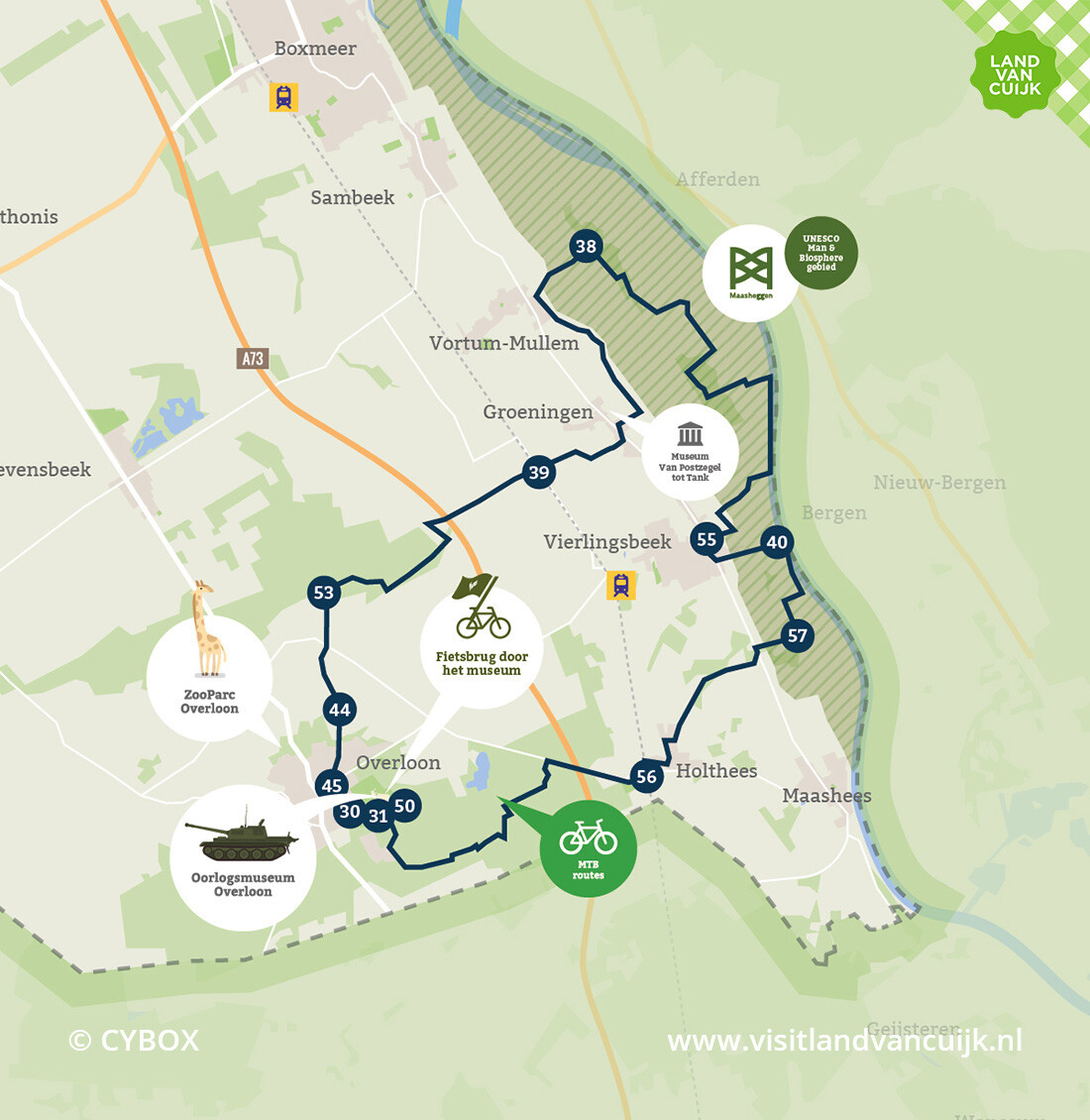